98. Is That Who I Think He is? RONALD CORVEAU for Pepsi Cola 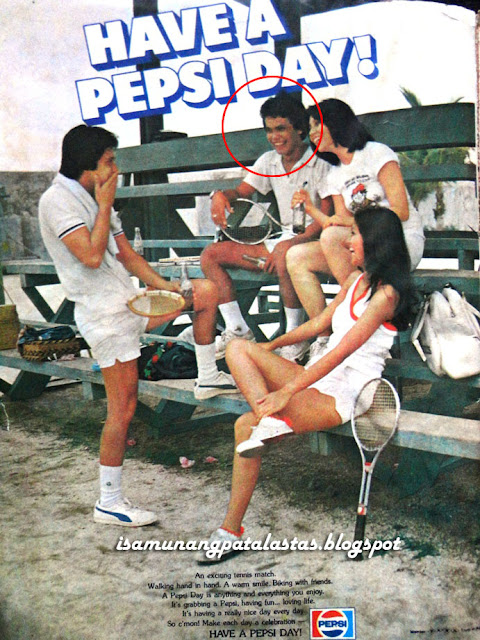 In 1975, Pepsi went worldwide with its ‘Have A Pepsi Day” campaign, and the Philippines adapted the campaign using a massive tri-media campaign that included a series of print ads showing young people in all kinds of everyday situations. The print ads encouraged Pepsi drinkers to “make each day a celebration”—whatever the moment was—a fun day at the carnival…a break from classes..walking hand in hand…or just playing a favorite sport. 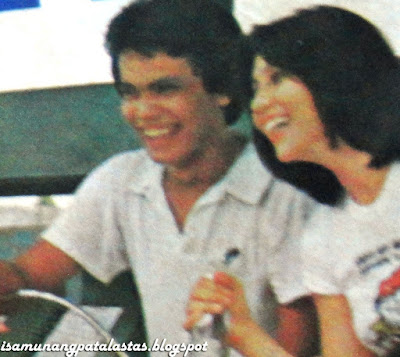 The “Tennis Game” print ad version featured a gang of friends having a friendly banter after a brisk set. One of the talents was a smiling, gangly, curly-haired teen sitting on the top bleacher, holding a racket and a half-empty bottle of Pepsi. He would go on from doing commercial modeling to acting in top-rated TV telenovelas and award-winning films just a few years after his Pepsi appearance.

RONALD  CORVEAU (b. 1956, as Ronald Maquilan Corveau) found national fame when he was cast to portray Carding Medel in the 1977 TV show Gulong ng Palad. He starred alongside Marianne de la Riva (as Luisa) in the telenovela that was based on a DZRH radio serye created by the late Lina Flor-Trinidad  and written for TV by her sister Loida F. Viriña. The soap became a monster hit for Channel 2, running from 1977-1985,  and made Ronald Corveau into a household name—and a hot property. 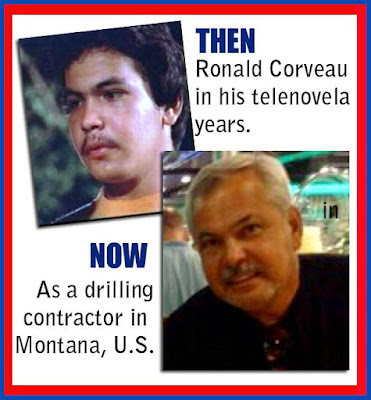 His marriage with “Gulong” co-star Marianne de la Riva produced two daughters, Ella and Louie. They separated after a few years, when Corveau left for the U.S. De La Riva has also remarried and is settled in New Jersey as a doctor’s wife. She and Corveau, who is a contractor in the U.S., remain in good terms.